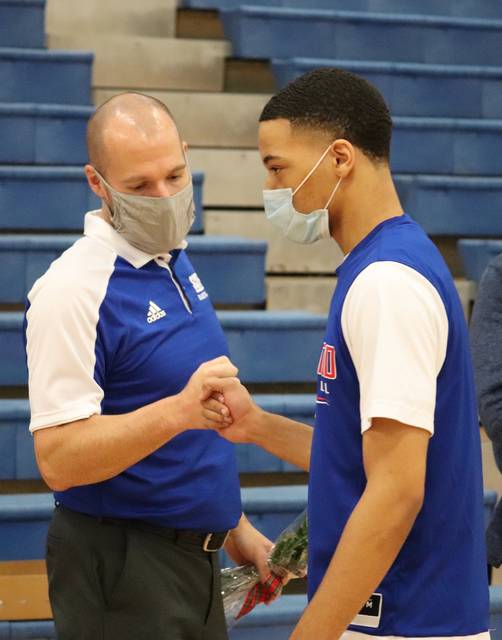 The Fighting Scots’ coach was relieved of his coaching duties and the search for his replacement will begin after spring break, according to Scotland athletic director David Johnson.

“We thank Coach Justin for the hard work and dedication that he’s put in over the past years with our basketball program,” Johnson said. “But Just reevaluating the programs a whole over the past few years, I just felt it was time for a new voice for the program and to move in a different direction.”

Johnson said Justin would remain at the school for the remainder of the school year.

Expectations for the Scots were tempered this past season, returning just two varsity players from last year’s squad.

“This year was a tough deal with dealing with COVID, losing coach (Robert) Brown, and only having 11 points per game returning,” Justin said. “I do believe the program is set up to have some success next year, if everyone returns. A lot of experience should return next year, about 35 points per game, as several guys got their feet wet at the varsity level.”

Justin was hired from Indiana in October 2015, a year after the Scots won their first Southeastern Conference regular season title in 14 seasons.

“I enjoyed my time at Scotland High School,” Justin said in a statement. “I want to thank Coach (Richard) Bailey and the administration for hiring me six years go. I want to thank all my players and coach Megil McLean who helped coach JV and was my varsity assistant coach over the years. I had a lot of fun coaching all the kids. I am proud of what we accomplished over my 6 years at Scotland. I believe we had the best win/loss record Scotland has had over six-year period since the 1980s. I wish Scotland the best into the future.”

Johnson also noted that Scotland will be looking for a new cross country coach.

In addition to being Scotland’s baseball coach, Greg Wrape coached the boys’ and girls’ cross country teams this year, leading both the Scots and Lady Scots to 2nd place team finishes at the conference meet. He was also named co-SAC Coach of the Year.

Wrape will continue to lead the baseball program, according to Johnson.

“Being the head baseball coach is going to require a lot of coach (Greg) Wrape’s time, so he will just be doing baseball next year,” Johnson said.