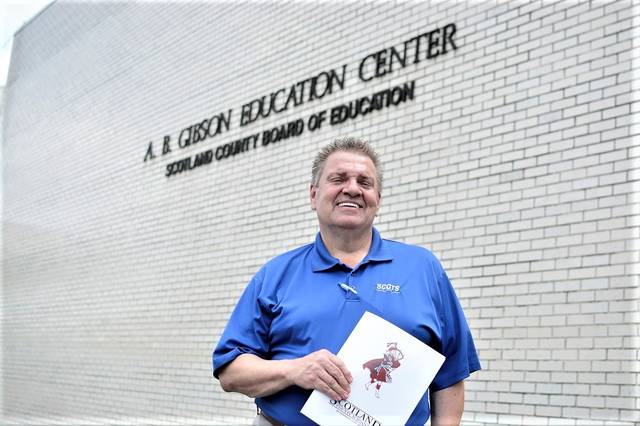 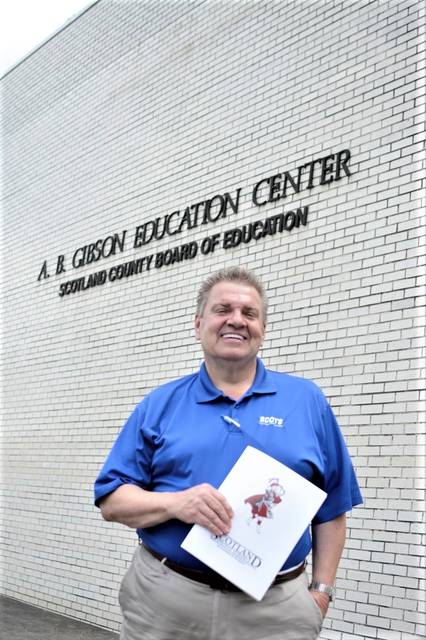 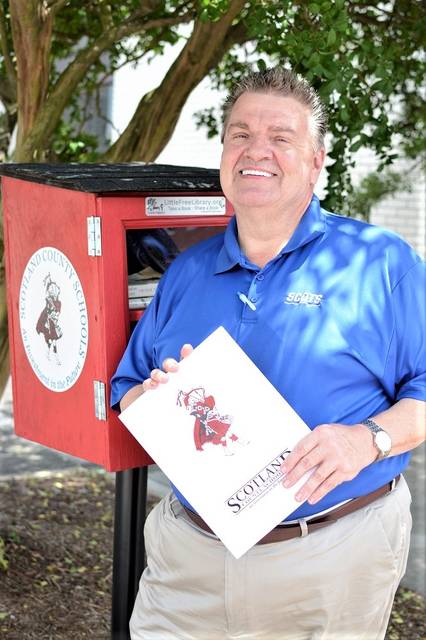 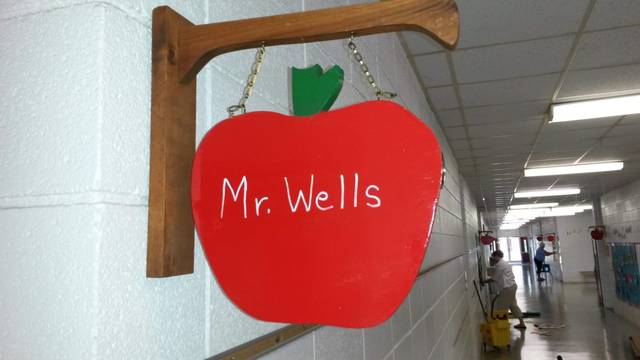 LAURINBURG — Dave Wells has been known to say he has the perfect face for radio. Now he’s going to be one of the main faces for Scotland County Schools.

Wells was announced earlier in the week as the new communication and public relations specialist for the school system, replacing Meredith Bounds, who left the district in April for a similar post in Hoke County. Wells will start the position July 1.

“It’s been a great two years of working for WLNC,” Wells said. “When Meredith Bounds took the job as public information officer (about nine years ago), I wanted that job so bad — but I knew better than to apply for it because I didn’t have the experience and I was still going to school. But I used to kid with her that if she ever left, or if she needed an assistant, that I was the man.”

Wells added when she did leave, Superintendent Takeda LeGrand asked if he was going to apply for the job — but at the time he was looking into some other job opportunities. Later on, however, they had another discussion about it which led to him applying and interviewing for the job.

“I’ve worked in the school system as a tutor, as a teacher aide, I was a permanent sub as a music teacher at Pate-Gardner Elementary School for a whole semester,” Wells said. “I’ve had some very great experience in the Scotland County School system that I’ll always remember. The students are my top priority, to communicate with the parents about the students, but also we have some of the most fantastic principals, assistant principals, counselors, key personnel, you name it we have one of the most awesome staffs in the state of North Carolina.

“Scotland County Schools administration, principals, staff, teachers are the elite,” Wells continued. “I know too many cases where teachers, principals and other staff members who have gone out of their way and taken upon themselves to give to those children in the school system.”

Wells came to Scotland County in 2001 from Ohio and worked in various sales jobs before deciding in 2007 to go back to school.

“In 2007 I lost my job because of the economy,” Wells said. “I was offered the opportunity by the North Carolina Unemployment Beauru, which is now NCWorks … they asked what I would like to do if I could do anything else and I told them I’d like to be in education because I wanted to be able to give something back. They told me they have the Worker’s Investment Act which would pay for me to go to school, so I earned my two-year degree from Richmond Community College.”

Wells graduated from RCC in 2011 with his associates in applied science and early childhood education, then transferred to St. Andrews University where he studied elementary education.

During his time as a student, he began his radio career by working part-time at WLNC.

“I graduated from St. Andrews in 2015 and was very fortunate to get a job right out of school,” Wells said. “I was hired as a reading and physical education teacher for elementary students at Marlboro Academy. I loved that experience and I loved teaching … but I didn’t have any type of benefits and Scotia Village was looking for an activity director, so I interviewed for the job and took that job.”

It was in 2017 that Wells went back to Ohio to take care of his aunt, who was having some health issues. In Ohio, Wells continued his career as an events coordinator for another facility before getting the call in 2019 from WLNC owner Gary Gallman.

“He said Sandy (Callan) is going to retire,” Wells said. “He said, ‘what would you think about coming back?’ I told him to let me think on it for a while (and) I really thought about it for about all of an hour — though I waited a few days to call him back. I just couldn’t wait to be back in Scotland County because this is home, Ohio wasn’t home anymore.”

Wells said he’s enjoyed being part of the community as the news director for WLNC.

“Since I moved here in 2001, I’ve had a love affair with Scotland County and Laurinburg,” Wells said. “I love the people and I love the organizations … I’m proud I’ve always been a Fighting Scot and I bleed Scotland blue. And as always, go Scots.”