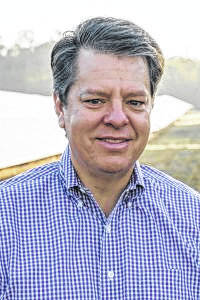 LAURINBURG — On Monday, the Scotland County commissioners voted to support a project by Birdseye Renewable Energy.

Brian Bednar of Birdseye spoke to the board on the Friesian Project and the unique situation in the 15 counties across the Carolinas it covers.

“The state of North Carolina is facing a really interesting transition period,” Bednar said. “This is the area that Duke (Energy) has published as areas that no longer can accept any more renewable energy generation without some upgrades to the system that are pretty significant.”

He told the board the infrastructure can no longer handle the additional power and 63 miles of transmission line needs to be rebuilt. But the project first has to be approved by the Utilities Commission this month.

“We’ve been working on this project since 2016 it is the first large project which is triggering significant upgrades which will then benefit the entire 15 county region,” Bednar said. “The Friesian project is roughly going to be about an $80 million investment in the county … but it will not be operational until 2023.”

Bednar also told the commissioners this part of the state is the best location for solar farms due to having the highest density of energy from the sun along with speaking about how Gov. Roy Cooper has an efficiency plan for the state with a target of 2030.

“Significant amounts of solar are going to be required,” Bednar said. “North Carolina currently has around 3,500 mega-watts of solar that is either operating or about to be operating. In order to meet the governor’s objective, Duke has told us it will require an additional 5,100 megawatts of solar investment between now and 2030.”

He added that with the investment of solar in the county it could add an additional $8 million in property taxes to go back into the county and that it would be unfortunate for this area of the state to no longer continue being a leader in solar.

“Farmers have a right to farm their land and I’d like to see this board to consider that,” said Commissioner John Alford. “Farmers need to make money and we expect them to pay taxes on this land even if they’re nothing but grass and sand-spurs we expect them to pay taxes. Some of this land can be used for solar farms so I’d like for us to consider the farmer who struggles to have a good year now with these weather changing.”

The board was in agreement to back the request by sending a letter to the Utilities Commission in support of the project.